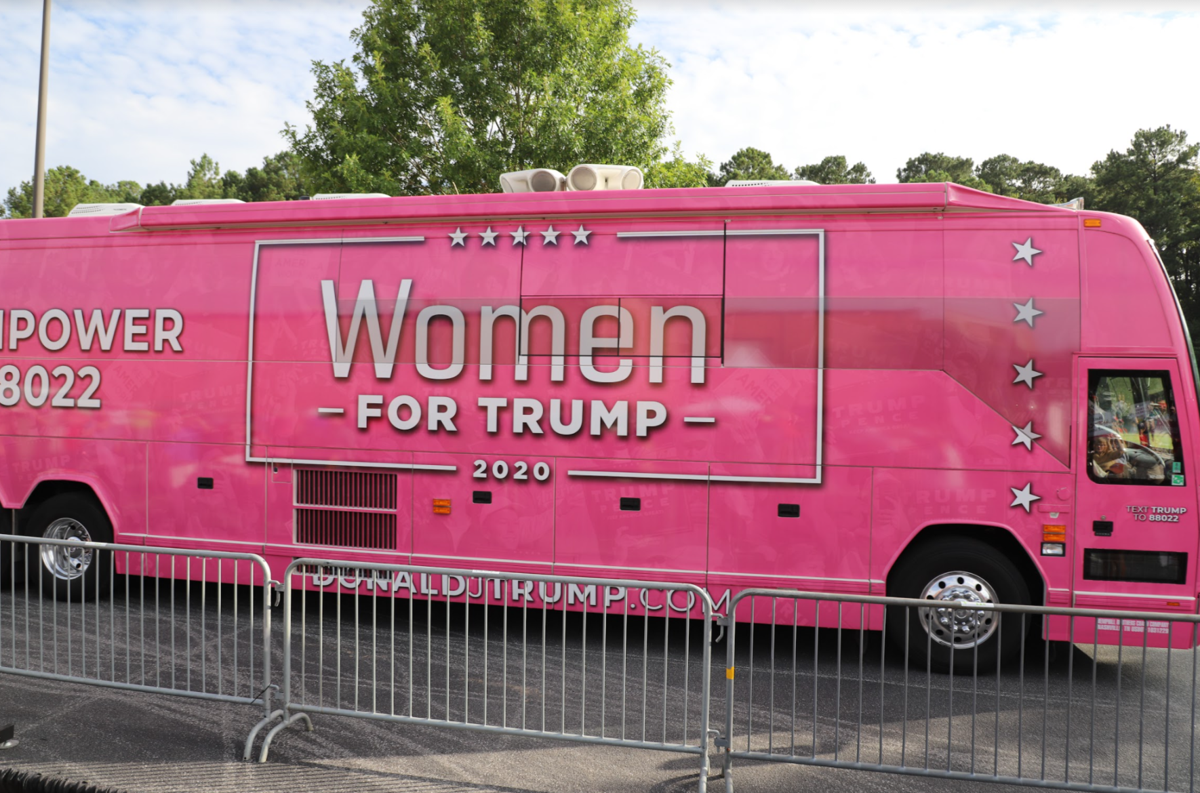 The tour bus for the Women for Trump Bus Tour. 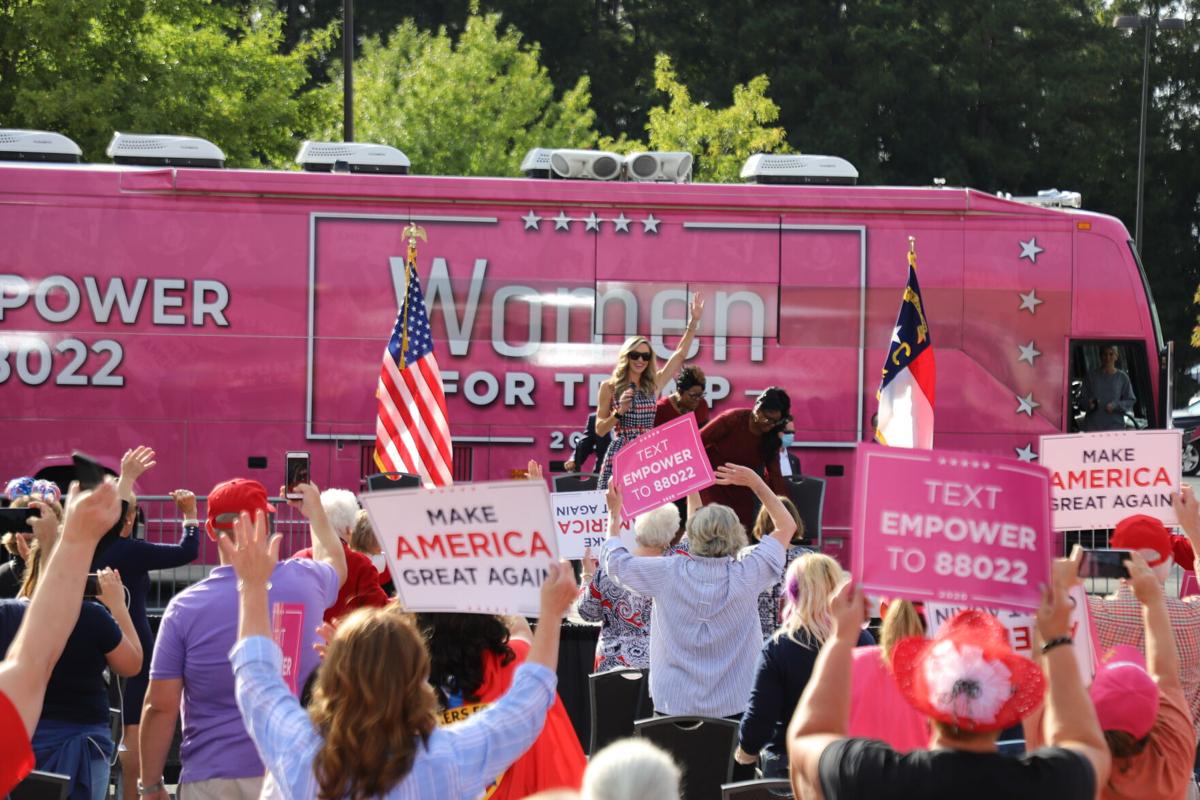 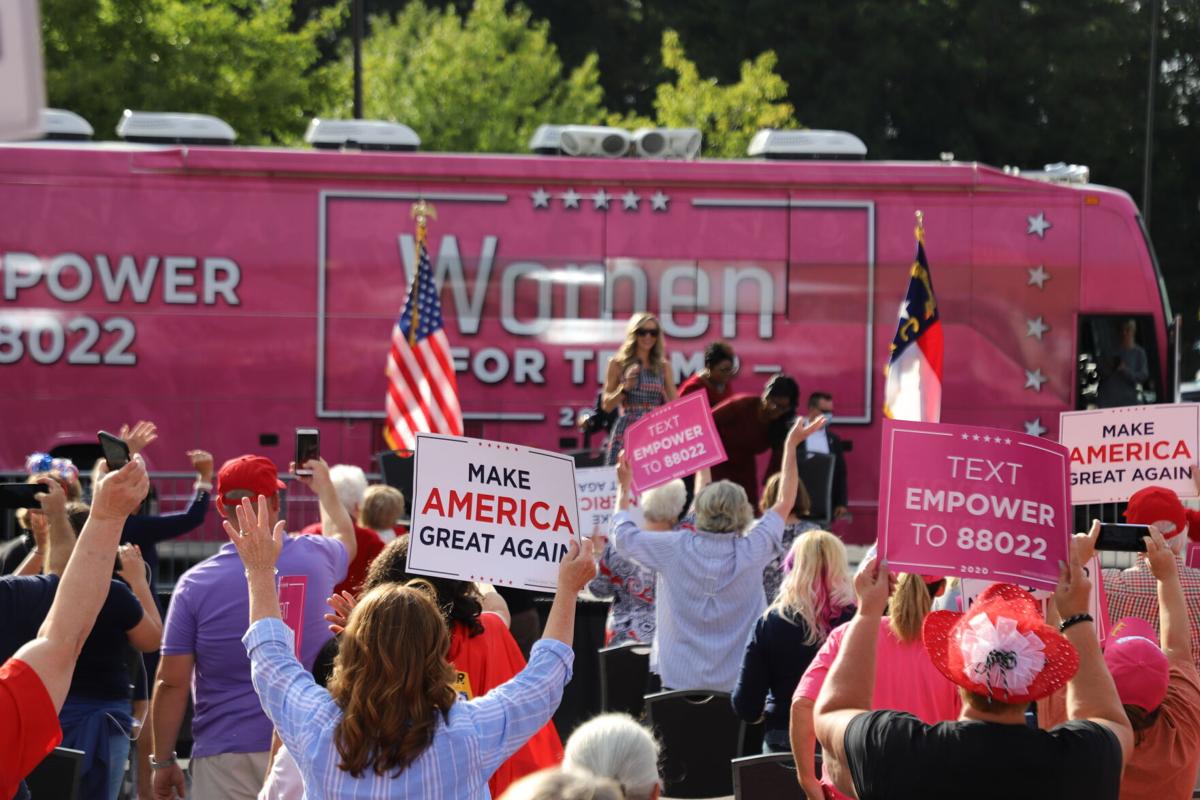 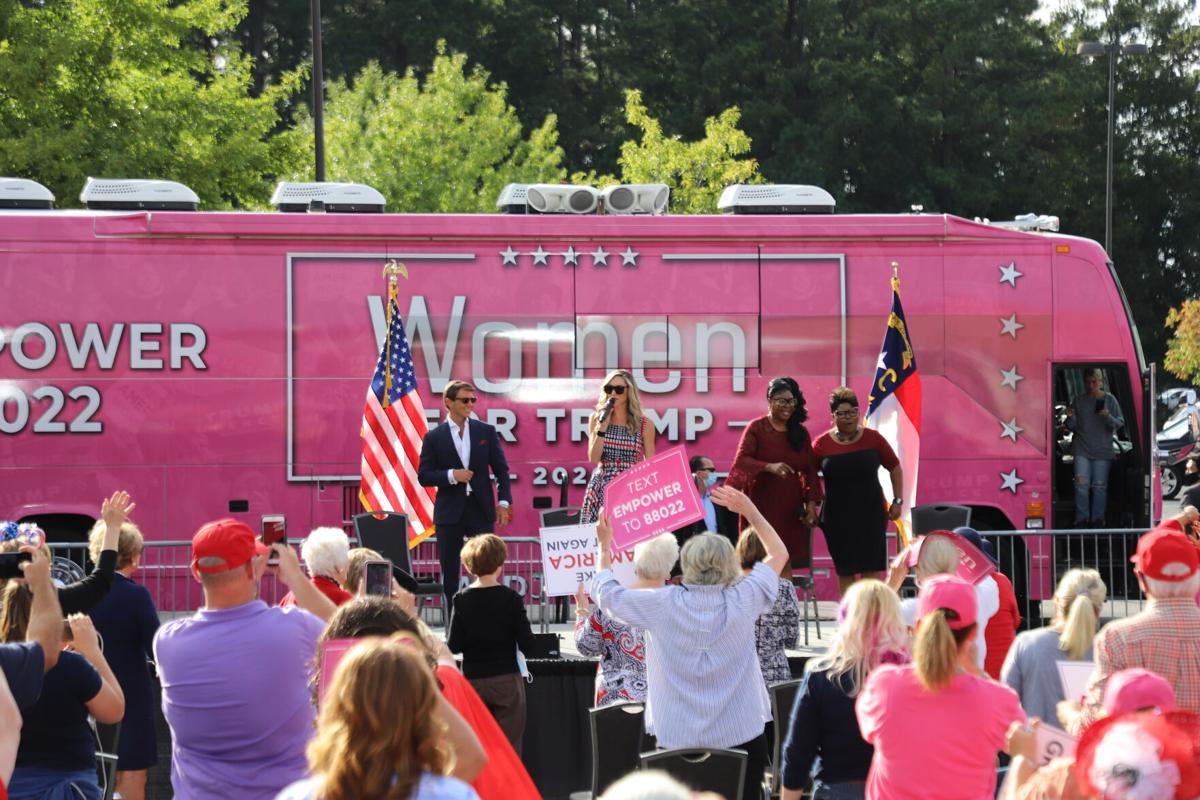 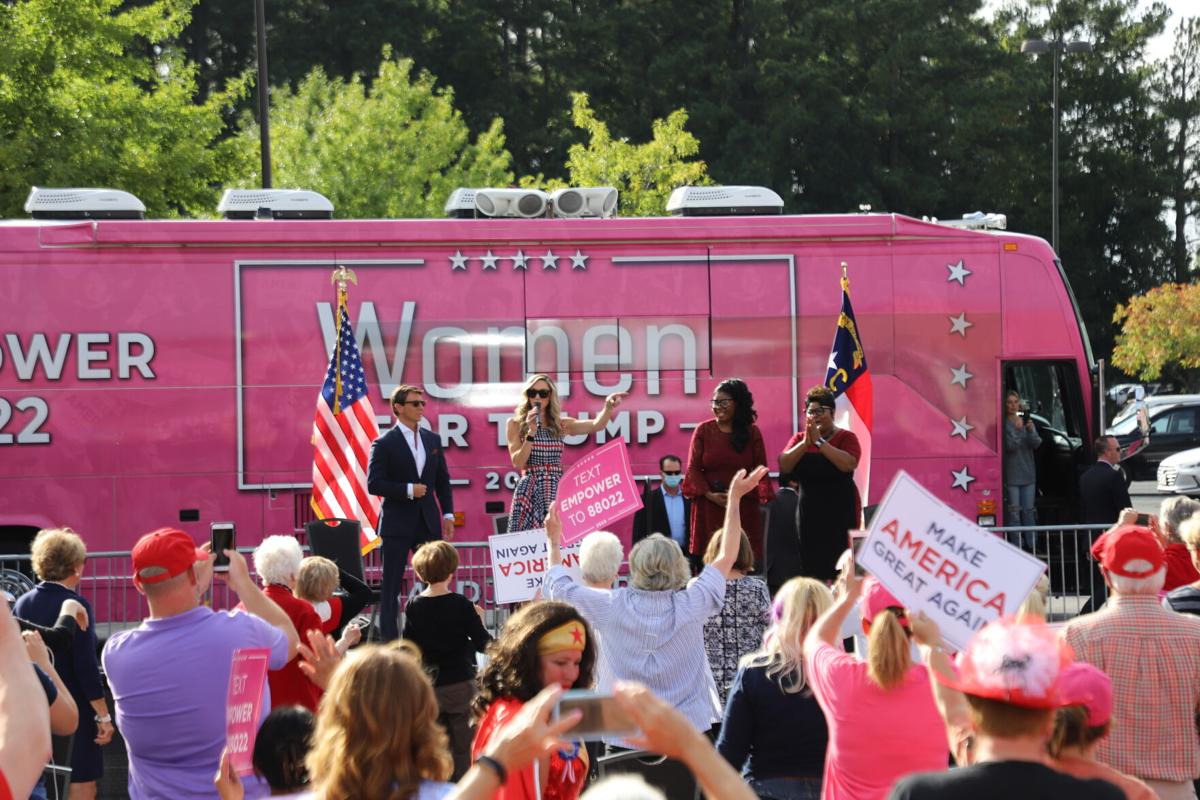 The tour bus for the Women for Trump Bus Tour.

The Women for Trump Bus Tour came to Greenville, North Carolina on Sept. 23 where Lara Trump, Hogan Gidley, Lynnette Hardaway and Rochelle Richardson, who are also known as Diamond and Silk, discussed the appointment of a Supreme Court Justice.

After Supreme Court Justice Ruth Bader Ginsburg’s death on Sept. 18, there is now a vacant seat on the Supreme Court. According to Lara Trump, wife of Eric Trump, President Donald Trump intends to nominate a judge on Sept. 26.

“We’re gonna fill that seat in the Supreme Court,” Lara Trump said. “Now let's be very clear about something, the Democrats  are doing everything they can to try and stop this but let's talk about it folks. Who is the president elected by the people of America? Donald Trump. What is his job as president? To appoint Supreme Court justices right? We have a vacancy on the Supreme Court.”

Lara Trump said she can’t share the name of who the nominee will be, but she said it will be an American patriot who upholds the Constitution.

The Supreme Court currently has eight justices after the death of former Justice Ginsburg. It is Donald Trump’s responsibility to nominate a new justice, Lara Trump said.

“We also hold the majority in the Senate who gets to vote on this. So why wouldn't we, in an election year where it's possible that this election ends up in the Supreme Court’s hands, not have a ninth justice sitting on the Supreme Court. We are going to fill that seat. You already heard Lindsey Graham said it, right?” Lara Trump said.

Press Secretary for Donald Trump’s campaign Hogan Gidley said the Constitution states that the president nominates a new justice and the Senate decides whether to accept the nomination.

“The have lost their minds over this,” Gidley said. “They're looking around asking people: What are we supposed to do? He is violating the laws trying to fill this seat. If only there was a document. If only there were a set of guidelines we can point to at a time like this that would give us direction on what we should do. Wait a minute is there? I think it’s called the US constitution.”

Gidley said there has been an open seat in the Supreme Court during an election year 29 times in American history.

Lynette Hardaway (Diamond), a former Fox News host, told the audience to go to the polls in order to vote in the presidential election. She alluded to her mother, a double amputee, who is determined to vote in-person in November.

“Go and vote. Treat it like it’s a million dollars,” Diamond said. “Overwhelm the system if you have to. I don’t care if the block is wrapped around the building 20 times, we’ll get you in. I plan to do early voting because I’m probably going to be busy but get to the polls if you can.”

Diamond said if people are unable to vote, they should use an absentee ballot. She said this allows for votes to be tracked after they’re submitted, unlike all-mail voting where she claims animals and people who have died get ballots.

Lara Trump said absentee ballots are a safe and secure way to vote, and she claimed all-mail voting, the system where ballots are sent to every household regardless of if it was requested, would allow for large scale voter fraud.

“The know that November third is going to be a huge victory for Donald Trump, right? I want that whole map red, I don’t want any blue anywhere, and that’s what it’s about to be,” Lara Trump said. “But what they’re hoping is that with all the dead cat ballots, with all the mail in ballots they’re going to say ‘wait a minute, we know Donald Trump won, but what about this ballot where, what about all of these?’”

Patricia Garrison from Beaufort County, North Carolina, said she voted for Trump in 2016. She said her favorite aspect of the Trump presidency has been the current surge in jobs since the economy reopened after it was shut down to slow the spread of COVID-19.

The education system has been lost to liberals who have destroyed the mindset of children, according to Garrison. She said children have a legacy which must be preserved.

“If you look at the economy under Biden and Obama, we had the lowest GDP (gross domestic product) ever registered since the Great Depression, there were 13 million people added to food stamps under Biden,” Garrison said.

Garrison’s statement regarding the low GDP is true. The U.S. economy was facing its worst recession since the Great Depression when Obama assumed office in 2008, but from Feb. 2010 until Feb. 2020, the unemployment rate continually fell, according to the Bureau for Labor Statistics.

Do you plan to participate (or have you already participated) in early voting this election?