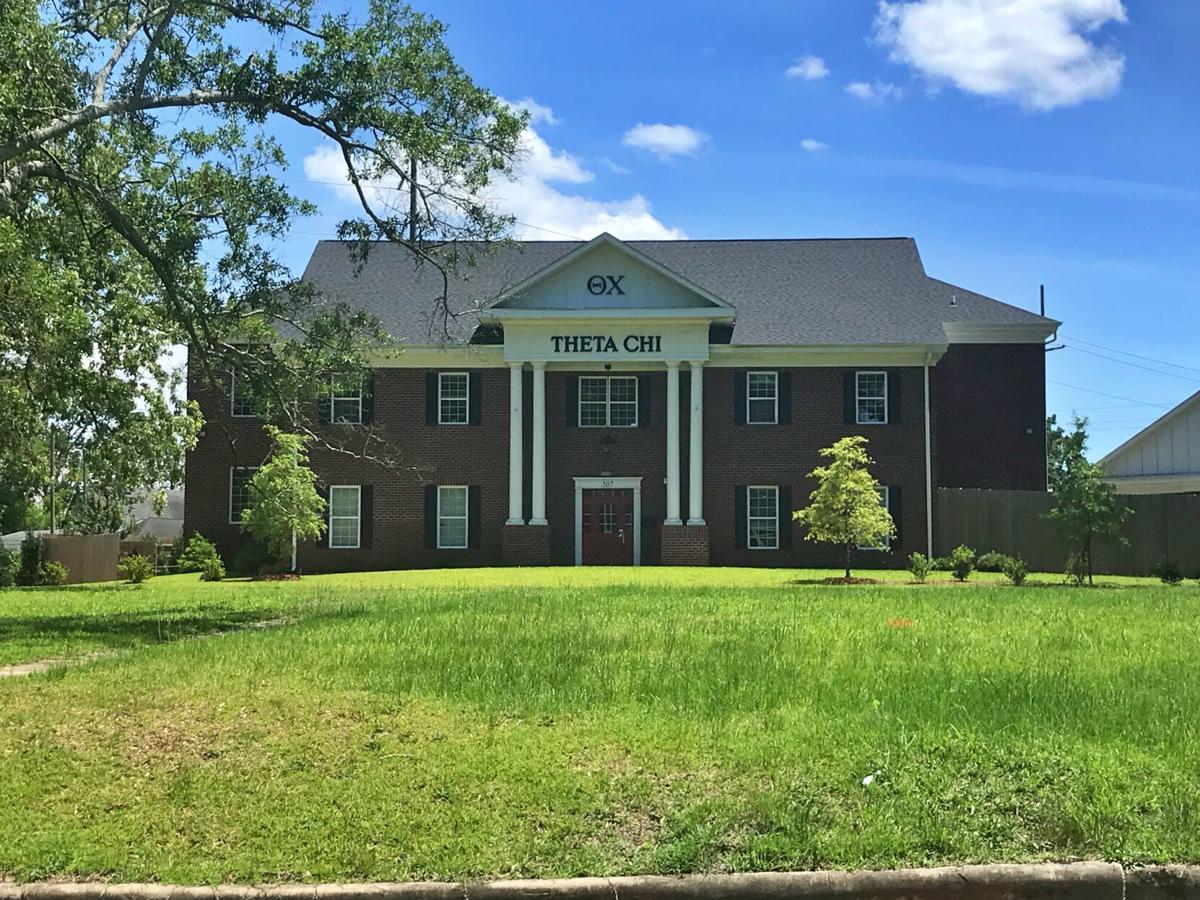 The Theta Chi fraternity at East Carolina University, located off campus, is potentially linked to a racist rush party promotion.

The Theta Chi fraternity at East Carolina potentially made a racist Yik Yak post on Aug. 28 and responded with an Instagram story on Aug. 29.

The Theta Chi fraternity at East Carolina University, located off campus, is potentially linked to a racist rush party promotion.

Concerns within the East Carolina University community have surfaced over an anonymously made racist Yik Yak post made in an effort to potentially link Theta Chi fraternity to a possible racist rush party promotion.

The Yik Yak post contained a promotion of a rush party hosted by Theta Chi in the midst of fraternity recruitment week at ECU on Aug. 27. Potential new members and girls were invited but “no blacks” were allowed, according to the post. The post followed with the contact information of Theta Chi member Austin Hunter for an invite.

Screenshots of the posts were shared on various social media apps such as Twitter. Some ECU community members expressed their disappointment at ECU while others stated they were not shocked at the post.

After the post gained social media attention, Theta Chi posted on its Instagram story on Aug. 29 which said it had been anonymously associated with “inappropriate and blasphemous behavior” posted on Yik Yak. The Instagram story said the fraternity upholds and respects its principle of diversity and does not condone action supporting hate.

“Our brotherhood is built on unity,” Theta Chi’s Instagram story said. “We stand as one against any form of racism and would never associate ourselves with anything that goes against those morals.”

Director of Student Engagement John Mountz, said in an email statement that the Student Engagement office had received concerns regarding the Yik Yak post. He said the office has informed the appropriate campus offices and is responding in accordance to the university policies.

“Posts like this are unacceptable and we remain committed to providing a welcoming and inclusive community for everyone at ECU,” Mountz said.

Bring out your confidence and cool appearance with

simple and delicate designs. Our jewelry is definitely

a beautiful statement piece to give you a very stylish

and sleek look. You can layer a dainty golden or silver

metallic choker with a fine necklace to attain a fashionable

style. This combo is simplistic, yet elegant and modern style.

Someone get Austin’s mom outta here…. These frat boys are dumb enough to put anything on Yik Yak. Austin’s post is enough to see that. Your boys trying to recruit you know (except the blacks), he gotta put his number out there….. Lols hope you didn’t just confirm that’s Austin’s number btw.

not austin’s mom but a parent of a future pirate who wants journalism standards to be upheld as ecu has a journalism program that is supposed to teach journalism ethics.

Austin, if your reading this. You’re gonna be famous kid!

Ummmm....ECU Police and the Greek Council have investigated and vindicated this young man.....in your reporting, did you even check in with your colleagues within ECU?

Iswhatitis: I see that you have chosen not to comment on the arrest made last Friday in the "Fake Racist Post on Yik Yak" where the alleged person which is a student at ECU and listed as the Vice Rush Chair of Pi Lamda Phi and is a person of color. It also seems the East Carolinian has not yet reported on this even though other local media outlets have. Including a statement released by the Greenville Police Department. I would hope that this would be something that we can all learn from. Anything posted on a site anonymously should always be questioned until the truth comes out. It first falls on the media to do its job and then it falls on us to do the same. Your comments only demonstrate that we have more to work on as a community. We must be patent and see where this ends up. Just because there is an arrest does not mean guilt.