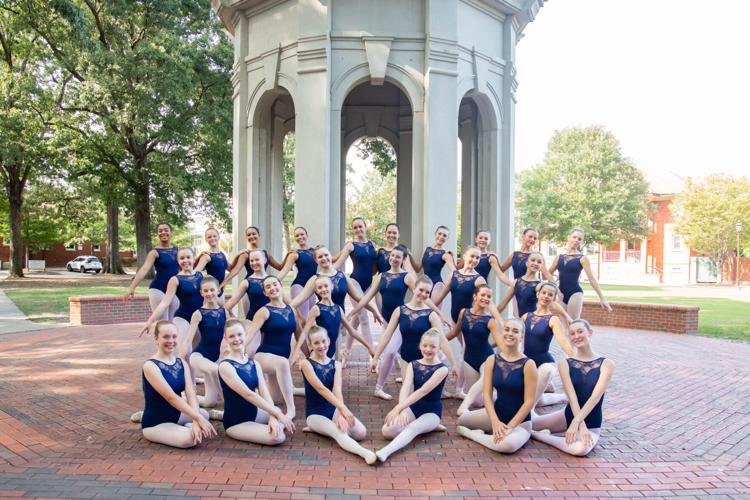 The dancers of The Greenville Civic Ballet will bring the classic story of 'Alice in Wonderland' to life with their ballet performance. 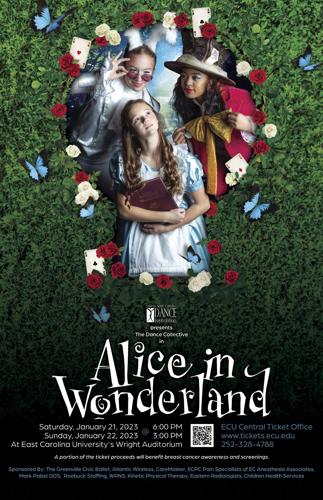 The ballet will be open to the public for two shows.

The Dance Collective and Greenville Civic Ballet will perform their production, “Alice in Wonderland” at East Carolina University’s Wright Auditorium from Jan. 21 to 22, starting at 6 p.m. and 3 p.m. respectively.

Cherita Lytle, the assistant artistic director of The Dance Collective, said she worked with her Co-Director Kimberly Saad to refine the concepts for the ballet’s dance, costuming, sets, props and the storyline.

Lytle said the performance started production in June 2022, where she and the other directors drew up plans for the set, choreography and music before rehearsing with the student dancers of the Greenville Civic Ballet, The Dance Collective’s training school, in mid-August.

“Our artistic director is a history major from Appalachian State University. She loves history so she did a lot of research on the classical stories, but not so much the Disney versions,” Lytle said. “She researched a lot of the storyline by reading ‘Through the Looking Glass.’ From there, we developed a classical storyline with our own twist. Definitely not Disney-esque.”

Lytle said the production will run for about two hours, including intermissions between the acts. She said she hopes to entertain the audience and educate those who may not normally go to ballet performances often.

Tickets will cost $20 each, Lytle said, where a portion of the ballet’s proceeds will be donated to benefit Breast Cancer Awareness and Screening. Lytle said her organization, the Eastern North Carolina Dance Foundation, will partner with the Pitt County Health Department to provide these resources to women throughout Eastern North Carolina.

“Our organization’s treasurer is a survivor of breast cancer. And, unfortunately, we’ve had several of our parents over the last several years become affected by breast cancer,” Lytle said. “After seeing this, she reached out to the Pitt County Health Department, where she knew the director, John Silvernail, and asked him what the needs are here in Eastern North Carolina.”

Lytle said her organization has benefitted other organizations over the years, so this year the goal was to donate the proceeds in order to help as many women as possible. The amount will be determined after the ballet performance is finished.

Junior dance performer and choreography major Samantha Pabst is one of the performance's rehearsal directors. Pabst said her mother was diagnosed with breast cancer, but she’s fortunately been cancer-free for five years due to treatment and screenings. Because of this, Pabst said the donations could help fund early detection screenings for women.

“It happened towards the end of my eighth grade year. At the time, I don’t think I quite understood it well enough, but luckily I had a very good support system,” Pabst said. “I think having those resources there for you is very important, or to be able to get those screenings, because the earlier you see them, the better it is to take the right steps and procedures.”

Besides going towards the community, Pabst said the proceeds will also support the hard work that went on behind the scenes of the performance. As a former dancer for The Dance collective, Pabst said choreographing with her old teachers made her appreciate the effort that was put into the dancer’s practices, the prop and set pieces and the costumes the parents helped make.

Noelle Kebebew, a sophomore attending D.H. Conley High School, said she’s been at the Greenville Civic Ballet school for seven years. In Act One, Kebebew said she’ll be playing as Alice’s mother, while in Act Two she’ll play the Queen of Hearts in her debut garden scene. Kebebew said this show was different because she had to incorporate acting into her dancing.

Kebebew said she hopes people will reframe their stereotypes, such as ballet being boring or slow, when the audience sees how colorful and vibrant the performance will be, especially with the dancers’ acting.

“I think the most challenging thing was getting into character because my personality isn’t exactly like the Queen of Hearts,” Kebebew said. “So I had to explore more into my acting skills to try and get better at facial expressions, pantomime and things like that.”

Are you going to cheer on the women's basketball team tonight?