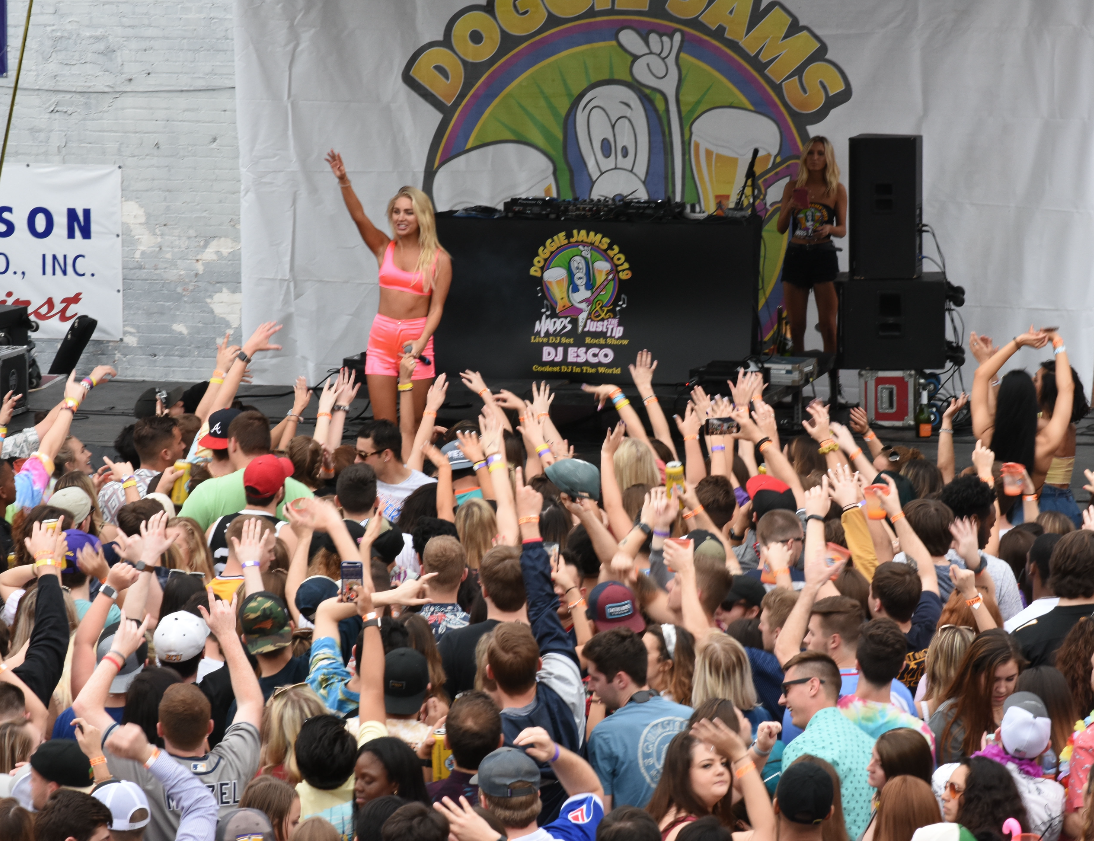 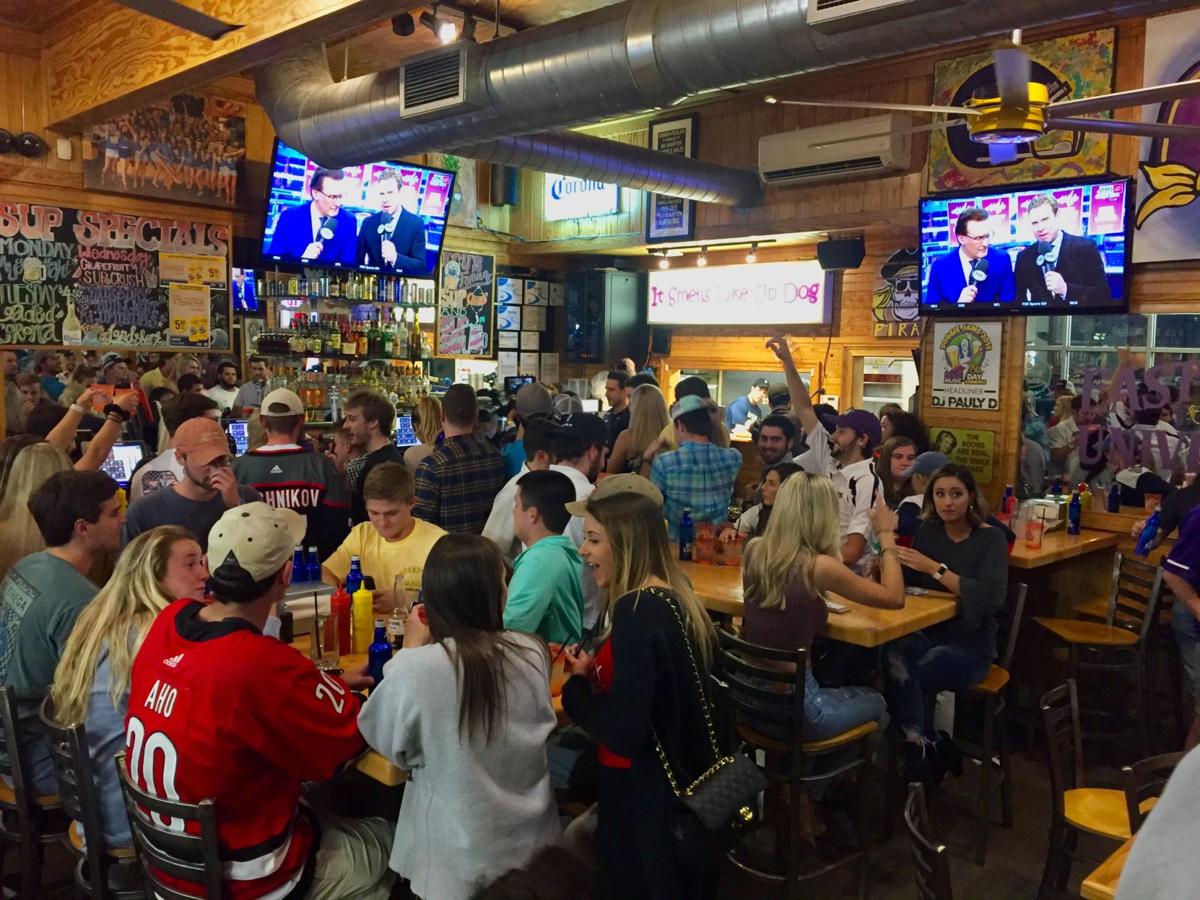 After a long battle, college brand 5th Year has officially declared Sup Dogs as the winner of the #BarstoolBestBar competition.

WE ARE THE BEST COLLEGE BAR IN AMERICA‼️🇺🇸. THANK YOU!!!🙏

At 9:15 last night, 5th Year tweeted the winner, explaining the final knockout between the Sup Dogs and Champs Downtown of Pennsylvania State University was won with a margin of only 400 votes.

Sup Dogs received 20,953 votes during the competition compared to Champs Downtown which received 20,534 votes, according to 5th Year.

Located at 213 E. Fifth St., Sup Dogs has previously tweeted it would host a major party in celebration of their win, co-hosted with Barstool ECU.

In the final matchup of 5th Year’s March Madness-style bracket, members of the East Carolina University community tweeted their support for the uptown bar. While Champs was able to win the endorsement of singer Joe Jonas of the Jonas Brothers, ECU and Greenville supporters rallied behind the #BarstoolSups.

Uptown Greenville’s Sup Dogs has moved into the final matchup of a March Madness-style competition to determine the best college bar in America.

5th Year, the college brand running the #BarstoolBestBar competition announced yesterday that Sup Dogs will advance to the championship game after beating Rutgers University’s Scarlet Pub 3,961 points to 1,220 points. Sup Dogs will now move on to the final round against Champs Downtown, a bar in State College, Pennsylvania which serves the Pennsylvania State University community.

Voting for the final four round opened up on Saturday at 2 p.m., but on Sunday Rutgers gained 10,000 votes in 12 hours, which led 5th Year to change its voting style from Twitter polls to simple tweets, with one tweet serving as a vote of support for a given bar.

Bret Oliverio, the owner of Sup Dogs, said Sup Dogs became a part of Barstool’s Best Bar bracket when East Carolina University’s Barstool account had a competition for the local bars in Greenville.

“It first started when ECU’s Barstool account did a tournament for local bars and clubs and students ended up voting us as the best bar in Greenville a few months ago,” Oliverio said.

After winning the competition last year, ECU’s Barstool felt Sups would be the best competitor to represent ECU in Barstool’s Best Bar competition, according to Patrick Pompilio, who co-runs the ECU Barstool social media accounts.

“Sup Dogs was the winner, so they deserved to be representing us in this tournament. That’s what the people of ECU wanted,” Pompilio said.

Since then, Marilyn Rechstein, manager at Sup Dogs, said ECU’s Barstool’s social media accounts have been supporting Sup Dogs in the bracket competition.

“They have been tweeting this whole time. They come into our store frequently, and they have been awesome in trying to get the hype up about Sup Dogs,” Rechstein said.

Pompilio said the Barstool ECU team has been working closely with Sups since the competition started. Oliverio said their cooperation and the support of fans has been amazing.

Rechstein said Sup Dogs received the most attention on Twitter when the hashtag #SupDogsOvertime trended nationally during an overtime matchup against Louisiana State University’s Fred’s In Tigerlands Bar.

Oliverio said the trending hashtag is great publicity for Sup Dogs and the staff. Oliverio said since Sup Dogs is a large part of the ECU community and the college experience, the exposure is good for both.

The #SupDogsOvertime hashtag not only trended nationally, but worldwide, according to Pompilio. Pompilio said it was gratifying to see the effort Greenville and ECU put into winning pay off.

5th Year, the Twitter account holding the competition, realized that LSU may have been buying votes after receiving photo evidence, according to Pompilio.

“We were really upset about the alleged cheating going on. We worked so hard to promote and get the name out there so people can vote. It really sucked seeing it almost slip away in the last 10 minutes,” Pompilio said. “Thankfully, 5th Year realized what had happened, and they sent us into overtime and we dominated.”

Oliverio said the competition has not only been popular amongst ECU students, but also alumni and the Greenville community.

“Almost everyone I’ve encountered is supporting us and are excited, they are placing their votes and spreading the word, and they’re ready for the next match,” Oliverio said. “We’re getting votes from students and alumni, families and professionals around the community, and it’s almost brought everyone together. It’s a fun competition, and ECU loves winning, and that is what we have done the last couple rounds. So, hopefully we can win this entire thing.”

Rechstein said ECU alumni have been spreading the word and standing behind Sup Dogs. Even though she graduated a few years ago, Rechstein said she still sees people tweet their support.

“Every Pirate from every graduating class has people in it who are trying to support us, and we feel the love. It’s amazing that everyone is coming together to help us win this competition. At the end of the day, it’s Sup Dogs winning, but it’s also ECU winning,” Rechstein said.

Do you plan to participate (or have you already participated) in early voting this election?