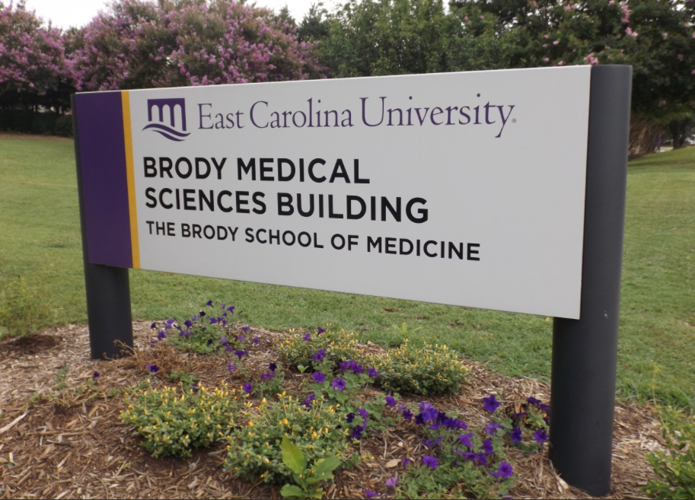 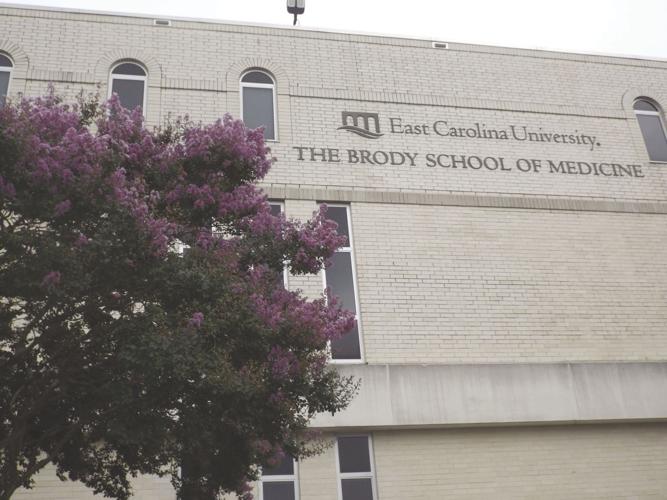 The Brody School of Medicine at East Carolina University was recently named the most affordable medical school in America according to Student Loan Hero.

The Brody School of Medicine at East Carolina University was recently named the most affordable medical school in America according to Student Loan Hero.

East Carolina University is in the early stages of planning for what could be a new educational building for the Brody School of Medicine in conjunction with expanding the medical program.

The building, which could cost upwards of $200 million, hit its first snag after the North Carolina state legislature declined to give ECU the initial $2 million needed to start the planning process, according to Phyllis Horns, vice chancellor for Health Sciences.

“Part of the reality here at the Brody School is that we do need a new medical education building in order to accommodate that many additional students,” Horns said. “This building which is now over 40-years-old is essentially at the end of its life. It needs substantial renovations which would be millions of dollars to accomplish.”

Horns said the current building, which is housing Brody, was built to accommodate a class of 72 students. Over the course of the building’s lifetime, ECU has expanded the program to its current level of 80-82 students per class.

“The industry right now needs more primary care physicians,” Horns said. “We know the workforce is in need. They’re many physicians now who are retiring and we need to be preparing the next generation of physicians.”

Because of the industry’s need for more physicians, ECU is hoping to expand the medical program from 82 to 120 with the new education building, Horns said. Compared to other medical programs such as Duke University, the University of North Carolina at Chapel Hill or Wake Forest University, the anticipated size of ECU’s program will still be smaller.

While no plan has been finalized, Horns said the building would house new labs, research spaces, simulation spaces, along with offices and meeting areas for both faculty and students. Horns also mentioned that no final plans had been approved detailing what ECU would do with the current Brody building.

Unlike other recent capital investment projects, this building would be classified as an educational building, which means the state would fund the building in large part, according to Rick Niswander, vice chancellor for administration and finance. Although the state normally funds the entire project for an academic building, in recent years, that is less common, according to Niswander.

“Anytime we’ve built an academic building, the state has provided all the funding,” Niswander said. “And now the state is saying, to not only ECU, ‘If you want us to build a building for a purpose, you’re not going to be able to look at us for all the funding anymore’.”

ECU is looking to private donations in order to pay for part of the building and the planning process.

“Coming to the table with some money helps with that and so that’s why we’re working right now on raising some money to help support the expansion of the medical school,” Niswander said.

However, raising money through private donors poses two challenges to the university, Niswander said. First, planning a massive project such as a new academic building can cost upwards of $20 million, so small donations help, but wouldn’t make a large difference overall.

Niswander went on to explain how making a donation to the planning phase is a riskier investment than donating to constructing the building.

“If I’m a donor, I want to know that there’s some reasonably good probability that its gonna work,” he said. “The challenge of getting a million or two dollars to start the planning process is that you’re so early in the process you don’t know what the ultimate success or failure is gonna be.”

The task of handling the university’s alumni network and private donations falls onto the shoulders of Christopher Dyba, vice chancellor for university advancement.

In an email response to The East Carolinian, Dyba said in order for ECU to get a new medical education building it would “take a great collective effort from our alumni, our community and our state legislature.”

“We should assume that if we were to get legislative funds to move forward with a new building, the state would want to see that our alumni and community partners have some tangible investment in the project,” he said. “This would mean that we would need to raise money towards this priority.”

Horns and Niswander both said there wasn’t a set timeline with this project. Horns added that some of the next steps relied on either state funding or private donations to move forward.

It is always a positive initiative to be funding an educational insitution with upgrading works even with a certain price to pay. The objective is to ensure the place is well-facilitated with necessary essentials and amenities to encourage learning and teaching.

Are you preparing for Hurricane Ian?