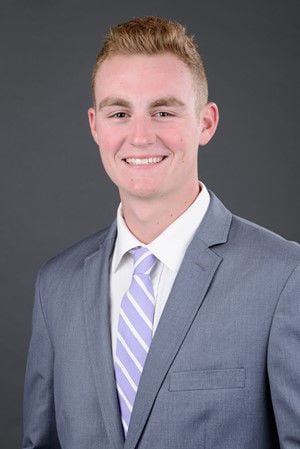 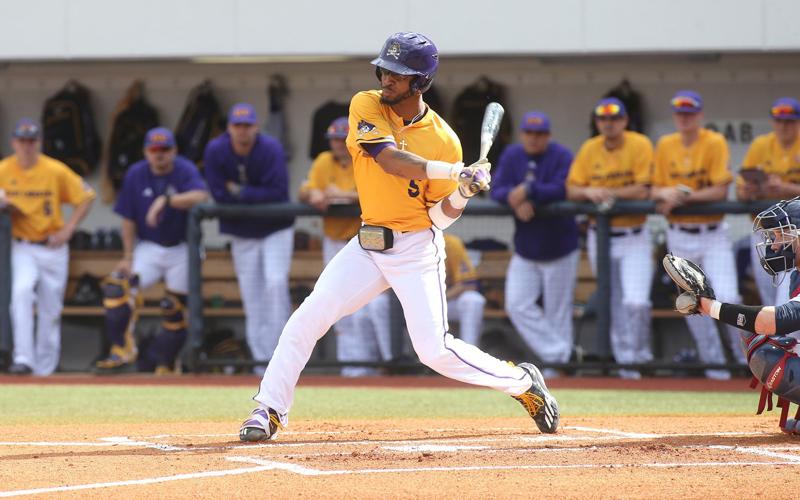 After six tight innings where both teams combined for just six hits, the East Carolina baseball team scored three runs in the seventh inning to cement a 4-0 win over Appalachian State and win the Keith LeClair Classic Sunday afternoon.

ECU (8-3) went into the seventh inning up 1-0 over Appalachian State (5-6), but that was soon to change as the Pirates quickly loaded the bases. Spencer Brickhouse and Eric Tyler hit singles, Bryant Packard was hit by a pitch, Kirk Morgan then hit a single to bring home Brickhouse, which was followed by a two-RBI double from T.J. Riles that landed just beyond the outstretched glove of the Mountaineer center fielder.

It was the third time this weekend that ECU scored runs in the seventh inning or later while the game was tied or locked in a one-run game.

“We look like we’re at our best when the game’s on the line,” ECU head coach Cliff Godwin said.

Before the three-run outburst in the seventh, the game was very much a pitcher’s duel between ECU’s Trey Benton and Mountaineer Luke Watts. Before the fateful seventh inning, Appalachian State’s right hander was generally shutting down ECU’s normally potent offense. Watts let up one run on four hits before finally breaking down in the seventh. But while Watts pitched well, Benton was even better.

ECU’s freshman was borderline unhittable, as he went seven innings, giving up two hits while striking out eight. At one point in the game Benton struck out five out of six hitters, helping to make this his second dominant performance in a row, after striking out 10 in five innings of work in last Sunday’s 12-1 win over La Salle.

“He pitched better today than he did last week,” Godwin said. “It was a 1-0 game for seven innings, so every pitch was the difference between winning and losing. That takes a lot out of a pitcher, and you know, Trey’s special and that’s why he’s pitching as a freshman.”

Every bit of Benton’s pitching performance was needed, as the Pirates’ bats were uncharacteristically cool on Sunday. They were unable to get more than one hit in an inning, until the seventh when they broke the game open and piled on some insurance runs.

ECU got a run on the board though, before their big seventh inning. It came courtesy of another freshman: Brickhouse. Luke Bolka led off the third inning with a triple, no doubt helped by the ball getting caught up in the right field corner. Brickhouse then hit a deep fly to left field that allowed Bolka to beat the throw home and score.

This was the fifth straight Keith LeClair Classic title for the Pirates, and eighth outright title for the club.The Pirates will carry their eight-game winning streak back into action when they head to Charleston to take on the College of Charleston on Tuesday at 5 p.m., as part of a two-game series.

As training is a key to achievement and we as a whole know about this idiom yet a few people don't get instruction just for some minor issues. Be that as it may, now numerous colleges give us an office to get private schooling and many locales are giving us chance to get data in regards to https://www.youtube.com/watch?v=ymhMqbftFyg&feature=youtu.be regarding any matter or any point applicable to his errand.