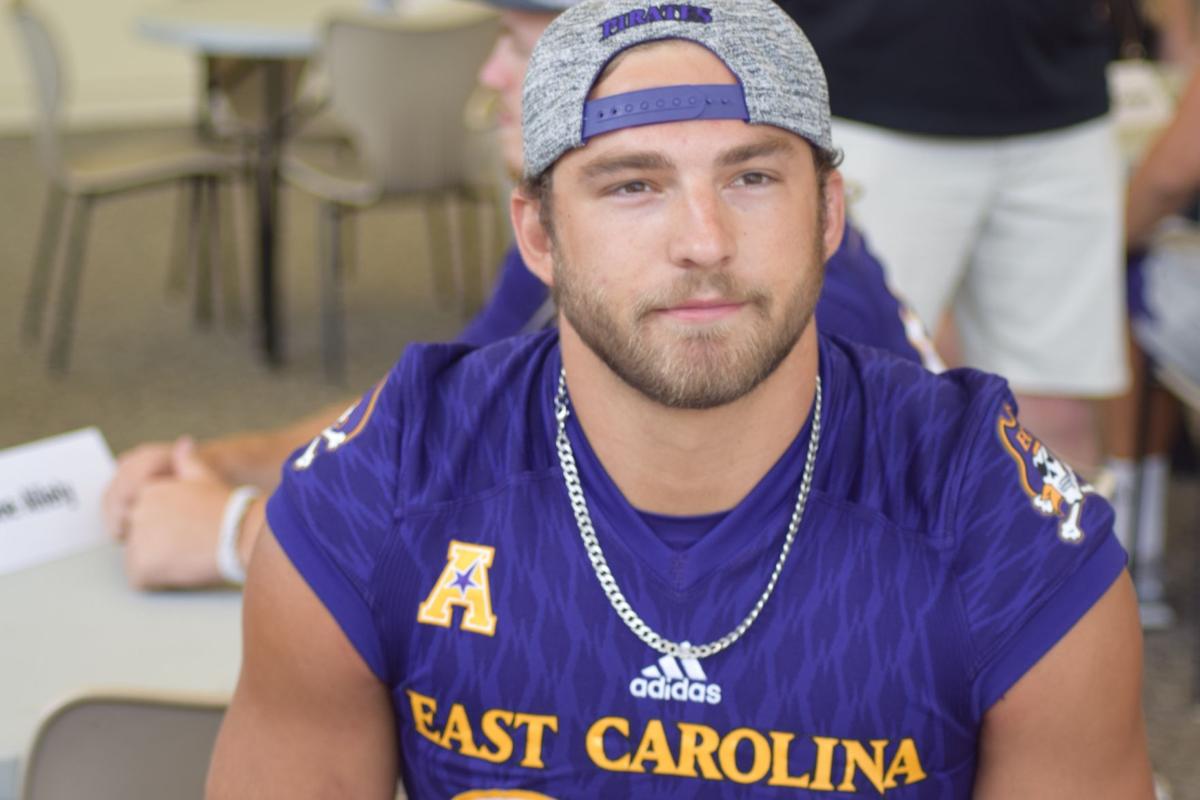 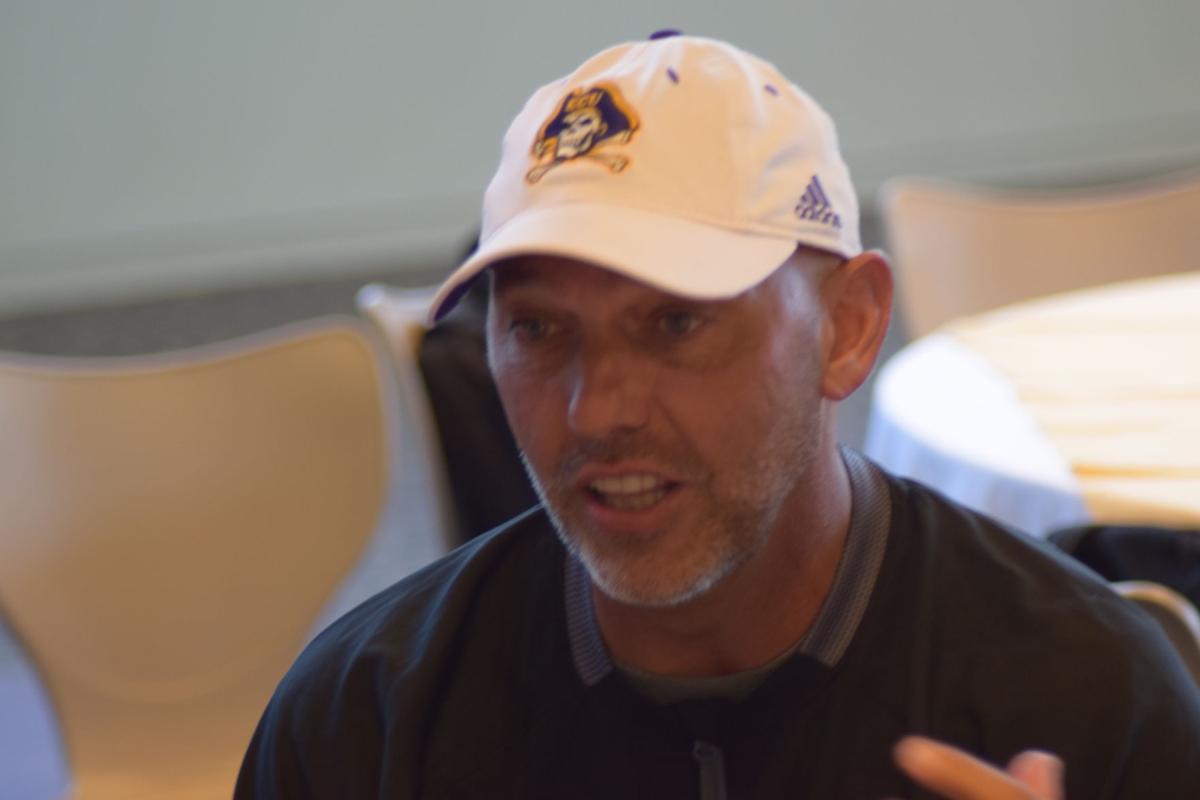 After two years of playing behind record-setting tight end Bryce Williams, Stephen Baggett is set to step into the spotlight as he prepares for the start of the 2016 season.

The now graduated Williams was a key part of the offense last season with 58 receptions for a total of 588 yards and four touchdowns. Williams provided East Carolina’s two quarterbacks Blake Kemp, especially, and James Summers a big target that was valuable on third-down.

Baggett is expected to be the starting tight end in his junior campaign under new offensive coordinator Tony Petersen. Last season, he recorded five receptions for 40 yards.

With Williams’s departure and the starting position up for grabs, Baggett could play a big roll for the East Carolina offense. Standing at 6’5, Baggett proves to be a larger target for quarterback Philip Nelson, just as Williams did in the past at 6’6”.

“He’s an extremely athletic guy,” said Nelson. “I think he is going to be a big weapon for us on this offense. I think he’s someone who’s going be able to come in and make some big time catches for us.”

First year head coach Scottie Montgomery stated that this is a critical year for Baggett and that the team is aiming to be aggressive on the offensive side of the ball. Baggett’s big frame could prove to be a security blanket for Nelson on third and fourth down.

“He’s a great player, and it’s his time,” said coach Montgomery. “We’re telling him, ‘this is your time. This is your role. This is your position. This is the time for you to realize how hard you can go every play.’”

Offensive coordinator Tony Petersen stated that he is impressed with what Baggett has been able to do thus far, but that he is still working on finding more guys to build depth at the tight end position. As of now, freshman Anthony Watley and senior Brian Hardy are competing for playing time as well.

“[Baggett’s] got size, speed, he’s got the length and the height,” said Petersen. “He catches the ball well. We’re super excited about him. It just gets a little scary when you got one of those and you don’t have two or three behind him. That’s why we’re trying to build that depth in that position.”

Baggett says he has enjoyed the transition between the coaching staffs and is just working to learn the new offense with his coaches. He also stated that the fans can expect a really fast offense this season, and that the Pirates will be getting the plays off fast.

‘It’s a completely different offense this year. So pretty much, right now, my focus has just been successfully completing what they want us to do,” Baggett said.

With several practices to go leading up to the season opener against Western Carolina, the team continues to work hard, preparing for the road ahead.

With the potential to be dangerous this upcoming season, the East Carolina offense will stil…

Secondary expected to be x-factor for the Pirates' new defense

With training camp now underway, players are competing to work their way up the depth chart, with no position seeming to have a tighter battle…

Competition good for a defensive line that struggled last year

East Carolina has been no stranger to producing National Football League talent on the defensive line in the past decade.

With the first kickoff weeks away, Dowdy-Ficklen Stadium returned to action Saturday with 100 plays in the first scrimmage of training camp an…

After quietly throwing, and tying a school record, five touchdowns, Philip Nelson, the senior transfer added more to his feat.  He tacked on s…

Do you feel prepared for the spring semester with COVID-19 precautions in place?