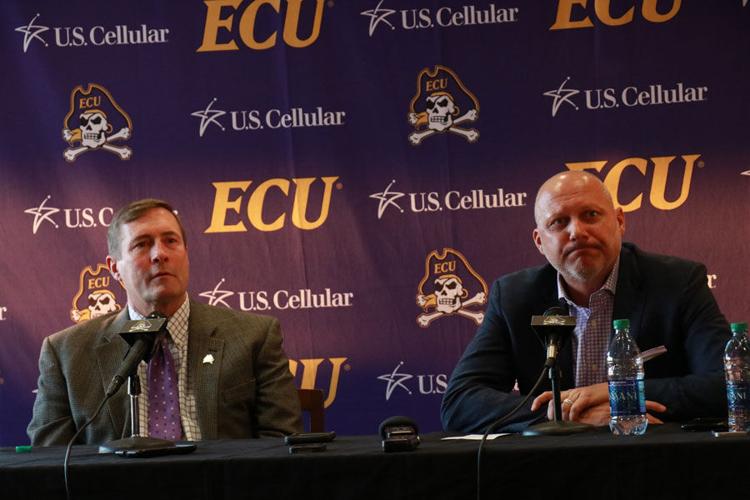 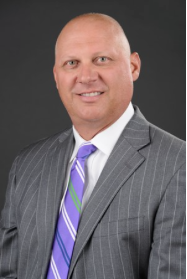 "When (Lebo) arrived in my office, the first thing he said was, 'Melissa's (his wife) here with me,' and I knew this was not going to be an ordinary meeting," Compher said. "As we sat down, he said 'I'm going to drop a bombshell on you,' and then he told me he was stepping down as our head coach effective immediately."

Lebo is resigning just six games into his eighth season at the helm of the ECU basketball program. He has won 116 games since 2009, the most for ECU since the basketball team entered Division I play back in 1965. With Lebo as the head coach, the Pirates recorded their first 20-win season as a Division I institution, received three postseason tournament invitations and captured the 2013 Collegeinsider Postseason tournament title.

Lebo said he thinks it'd be best if the team has a new voice calling the shots.

"It's time for a leadership change, it's time for a new direction," Lebo said. "Timing is never great in these situations but I just felt it was time for me at this point to make that pivot."

This decision comes in the wake of the Pirates’ disappointing start (2-4) and a hip surgery Lebo underwent last season. Replacing Lebo is long time assistant coach Mike Perry, who took over head coaching duties last season after Lebo had to leave for the surgery. Perry took over as coach for the final 14 games last season, going 6-8, including a big win over the University of Connecticut, as well as a win over Temple University in the American Athletic Conference Tournament, when the Pirates finished the season 15-18, 6-12 AAC. ECU fell just four points shy of upsetting top seeded Southern Methodist University in the second round under Perry.

Perry will have to bring this team back from a loss-filled start. The ECU roster looks equipped to handle this, but will have to do so quickly before the enter AAC play, which looks to be one of the toughest conferences in all of college basketball this season.

The Pirates are off to their worst six game start since the 2009-10 season where they also started 2-4. Thursday night, the University of North Carolina at Wilmington will head to Minges Coliseum to face the Pirates.

Now, after a lackluster start, Lebo said he is stepping down to pursue greater things in his personal life.

"Sometimes, there comes a time when you want to focus a little bit more on some areas that you might have fallen short in over the past 36 years," Lebo said.

With Lebo headed out the door, he wanted all of the ECU fans who have supported him over the past eight season to know one last thing.

"I've poured my heart and soul into everything I've tried to do here and every decision I've made I've tried to make it best for East Carolina and this basketball program,” Lebo said. “I hope I leave here with my reputation in hand. When I leave here, hopefully people say, 'He did it the right way, he was honorable, he believed in the right things and made the right decisions.’ That's the way I'd (like) to be looked at here."

As I am in no way, shape or form at all, watchful with this point even before breaking down this specific article. In any case, I figure the http://cpectronicenter.info/ would be on real subject and I in like way feel that assorted others would also be absent with the data basic to it so we should need to take premium and would offer it to others so they may get something new and increments in learning.

The East Carolinian has created a forum that centers around topics within the community where readers can express their experiences and concerns. With Valentine's Day coming up, do you think the ECU community and the City of Greenville is doing all they can to make people feel loved and supported?

Are you taking summer classes?